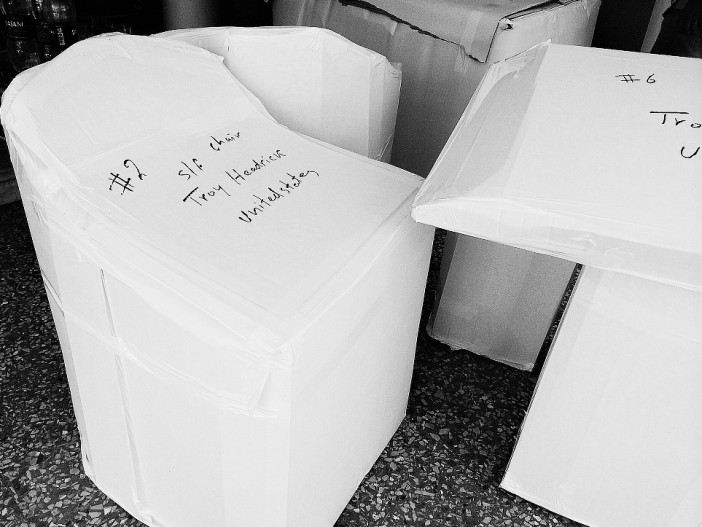 My wife and I are leaving Egypt. This move has been in the planning stages for months now, but things got real yesterday when the shippers came, boxed up all our stuff, loaded it into the back of a truck, and then hauled it off to a warehouse belonging to Express International Group, a company that moves people hither and yon. In a few days, another eighteen-wheeler will transport our boxes to the port city of Alexandria. From there, they’ll be shoved into a container and then sent across the wide and wild Atlantic Ocean to Houston, Texas, where they will be x-rayed and ushered through customs. Yet another truck, this one driven by a Texan, will then transport them, via highway and byway, through the piney woods of East Texas to the Austin area, their ultimate destination. The next time we see our things, it will be in a totally different context.

These days my Egyptian wife needs nearly constant reassuring so I keep telling her that we’ll never entirely be separated from this part of North Africa. This is her birthplace and her becoming the owner of an American passport certainly will not change that fact. So we’ll always return. We’ll always be in contact. I will continue to learn the local language even when I don’t hear it being spoken as often as I do now.

Yesterday’s pack up was harder for my wife than it was for me. I am merely attached to this place via marriage and employment. Her roots run much deeper than that, and I sometimes worry about how well she’ll take to being pulled up and transplanted.

Don’t get me wrong. I’m not saying yesterday was easy for me, not by any stretch of the imagination. Things felt very final as our house emptied out, box by box. And this place, more than some of the other countries I’ve lived in, has gotten inside me over the years. Egypt can do that to a person. Living here can be transformative. It certainly has changed me, in more ways than I can ever fully describe here.

I first came to Cairo in August of 2008, three plus years before Hosni Mubarak was unceremoniously kicked out of office. During the uprising against his regime, I stubbornly stayed on even though most foreigners were fleeing by the thousands. I saw and did things I never thought I’d see or do as those momentous historical events unfolded. After Mubarak’s departure, there was a brief period of euphoria. Egyptians felt like anything and everything was possible and they were celebrated, far and wide, as heroes.

That happy time was short lived. Things began to deteriorate after that. And they continue to do so to the point that I wonder when the final unraveling will take place. Some wishful thinkers see stability when they look around them. I see something entirely different. This place is certainly going to have to get much worse before it can get better, if that’s even possible. These last few years have made me very jaded and pessimistic. And now sadness and disappointment are the dominant emotions I feel when I look around.

All that sadness finally got to me. So we are pulling up stakes and about to start again. It certainly feels like it’s time for a new beginning. Please wish us luck…